History has never been my strong subject. Don't get me wrong, I love the subject. But as soon as the issue comes onto marks and exams and grades, it lost all semblance of interest for me. I loved the subject from a knowledge perspective. The early man, the inventions, the art of warfare, the politics behind everything. The Greeks, the Romans, Mesopotamia, the Mughals. Particularly the Mughals. How Akbar would have galloped down the brick road at Fatehpur Sikri. How Shah Jahan pined away at the Red Fort. How the great Mughal lineage gave way to the unscrupulous East India Co.

My fascination with Mughals continues over to my other favourite subject: food. How I love Mughlai food! Rich, heavy, aromatic. And meaty. Very meaty. It's my favourite winter cuisine. So when the Bloggers' table met at The Last Mughal Festival, hosted by Baywatch, the lovely high ceilinged restaurant at WelcomHotel Sheraton, Delhi, I saw no reason why I should not go.

I joined Sid, Charis and Christine for an evening of decadence in food. Lovely twinkling tealights inside a sweet metal container, paned by multicolor windows set the mood. We started with a Yakhni Murgh Shorba in a nice big soup mug. Also available was Timater aur Ankurit Dal ka Shorba. I knew the flavour of the Yakhni was prominent, in a light, clear broth. 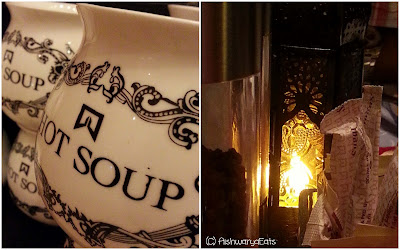 Since we were close to starving, we pounced on the main courses. I was a bit surprised by the absence of starters though. Our last sojourn to WelcomHotel Sheraton saw us with so many starters, we lost count! There was a Mahi Badam Qaliya, Sole fishballs stuffed with slivers of almonds, in an almond gravy. Tasty, but can definitely do with more flavour. We had the Murg Dilruba, slices of boneless chicken in spice-laden gravy, with varq. It was softer than soft, and a must have. Beautiful with the breads the staff was keeping on supplying to our table.

We moved on to the Bahadur Shahi Korma Mutton. A bit on the oily side, but the mutton was good quality, and kept on bringing me back to the flavours of Mughal food I've had ever. Charis although complained that her cut was tough on the fork. The spices were said to be saffron, fennel and kevra. However, none of those flavours were noticeable.

One of the notable items on the menu: the Qeema Hari Mirch. It was mutton keema (although it tasted like chicken to us) flavoured with lots of green chillies. The heat wasn't there, but the green fresh flavour was. A must have. So much so that I took two helpings. There was also Tursh-e-Paneer. Sheets of paneer rolled around spring onions, dried plums and cheese in a creamy white gravy. It was tiptoeing the line between subtle and bland, but I quite liked it. It was sweet and quite delicate on the tongue, good with breads. 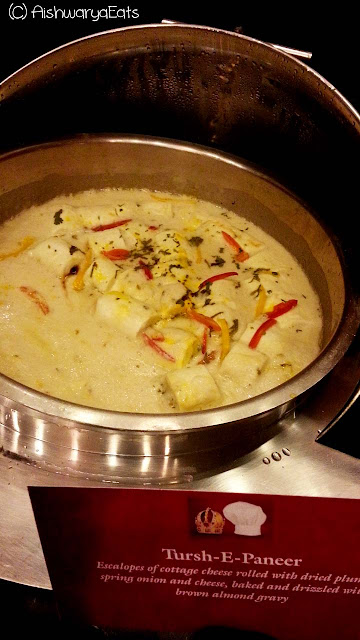 The biryanis were quite nice though. There was Yakhni Biryani, long grained rice with soft cuts of mutton, flavours of ghee wafting through. For the vegetarians, there was Qubooli Biryani, rice with soft chana, and saboot moong through the rice. I loaded my plate, and I'm glad I did! 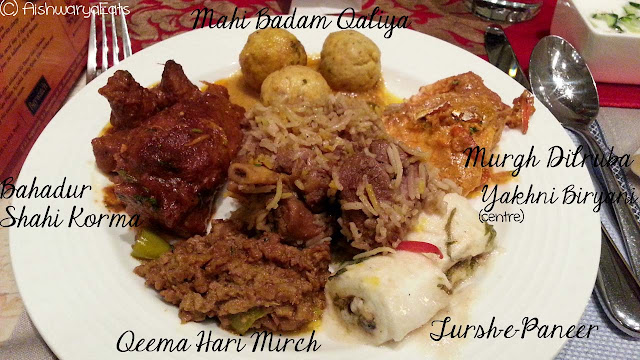 Among the vegetarian options, there was Bharta Telai, a red pumpkin bharta, Gobhi Narangi and Badshah Pasand Moong, which was apparently a favourite of the Last Mughal, Bahadur Shah Zafar. These I did not have the space on my plate to try. What I did try, however, was the Subz Haleem. I am a fan of the non-vegetarian version, and surprisingly, I was not disappointed by this one. Softened to meting stage pulses, broken wheat and trails of spinach made for a beautiful creamy lush haleem that was absolutely stunning on its own; the breads were not even required. Strangely, there was Khandvi and Dahi Bada. How and why that should star in a festival of Mughal foods at WelcomHotel Sheraton, is beyond me 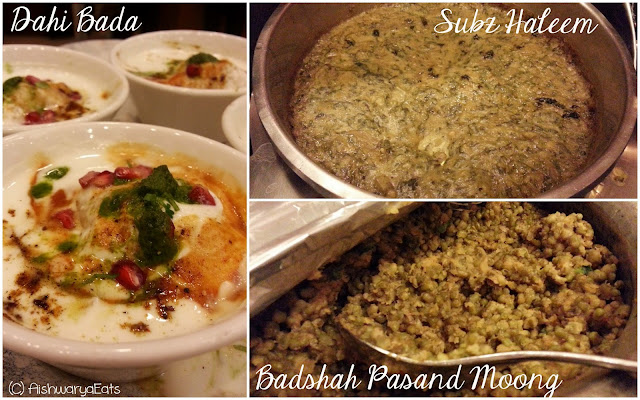 A word in here about the raitas. There was a Beetroot raita, that was frankly nothing but sweet curd, with grated beetroot on top for garnish. None of the peppery flavour of beetroot was present. There was a Lauki Raita, where despite hunting for lauki's presence taste-wise, or texture wise, only cucumbers paid attendance. There was Bhurrani Raita, that was said to be curd tempered with garlic and chillis. The point of raita is I believe to cut out the oiliness of heavy foods and the bring the tongue a little rest. Not this one; it did the exact opposite of that. This hit the back of my throat and sent me coughing away. 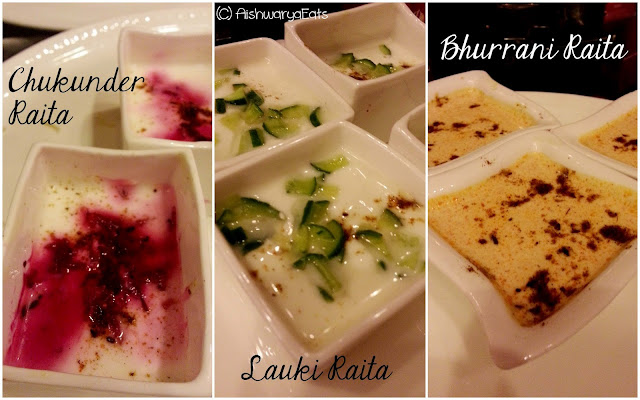 Lastly, the dessert platter. I must say, I was sorely disappointed with extreme lack of the choices. What we had on offer was a mithai thaal, with regular kheer burfis, mini dry gulabjamuns and chocolate burfis, a sewai dish, and a phirni. The phirni was light, cool and creamy, one of the best I've had. 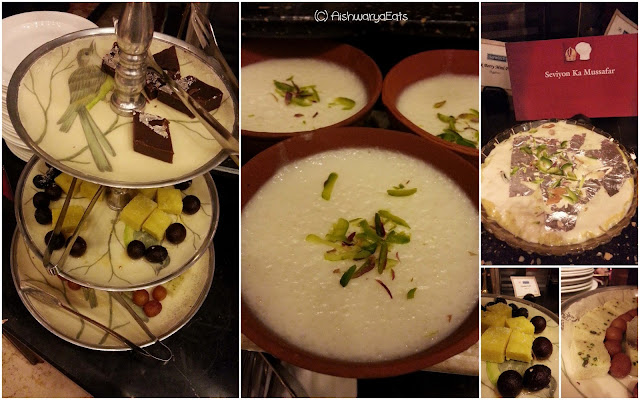 All in all, The Last Mughal festival is good, but rather ordinary. The dishes must up their flavour quotient, and the choices in starters (of which we had none) and desserts must be increased to more innovative offerings. Try it if you must. Not a bad experience, for Rs. 1750 (plus taxes), a bit on the expensive side.

The festival is one till 21st April, dinner buffets only.

'Til the next time!