You've already read the story of the Fresh Cherry Compote in part one of this epic series of firsts!

The second step to this entire assembly of this Two-tiered Vanilla cake, frosted with Vanilla Buttercream, filled with Buttercream and fresh Macerated Cherries and topped with Home-made Cherry Compote, is the Vanilla Cake. Simply because it needs time to cool, before we can put the buttercream on it. Frosting on even a warm cake will result in oily, runny frosting. None of those words are happy.

This cake is not supposed to be the showstopper on its own. It is supposed to work with the fresh pitted cherries, a lighter than clouds Vanilla buttercream (in the next post of this series) and the Cherry Compote (the first in the series). It's supposed to be fairy-light, but it should be a bit squidgy, so that if the craving strikes at midnight to have a bite of it from the fridge, it should not crumble as you bite it. No. It has to sink between your teeth. So it's a tricky game. 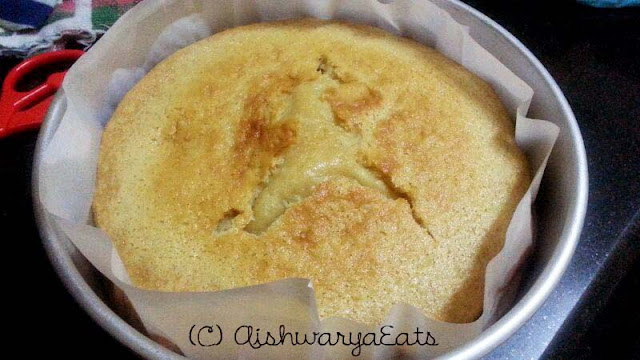 The How:
When it's fairly warm, a finger pressed to it should have the surface of the cake springing back, saying "Eat me!" 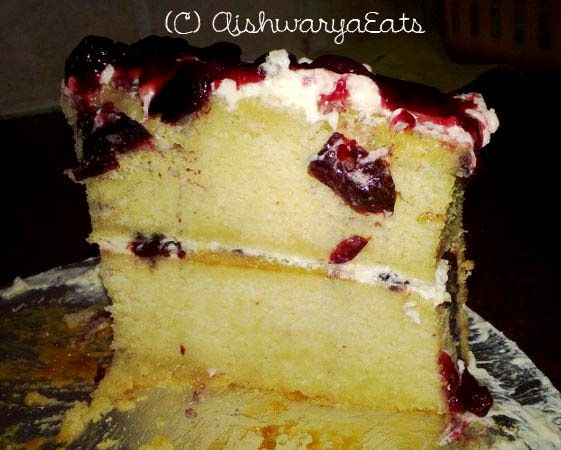 Next up: The Vanilla Buttercream and the Assembly of this epic cake!