A serial post about my many firsts for a birthday cake.

Now on to the last and final component: Vanilla Buttercream frosting.

There is something about frosting that was like a horror story to me.

Don't get me wrong. I love it. There's something so lush, so smooth and if from a baker who cares, such a delicious addition to a dessert. As if that wasn't enough, it has got so much decorative capacity! It adds their beautiful little happiness to a dessert, and lifts it on to become a such a happy play on the tongue. I like to taste the frosting on my cupcake, and then taste it as part of a larger dessert.

But when it comes to making it, my knees knock together, and I don't even know why. I've made frosting before, a cream cheese frosting for a carrot cake. It was a disaster, and pushed down my confidence in making frosting even further down the pole. Homemade cream cheese, since we only get Cream cheese at EXORBITANT prices here in Delhi. Firstly, it tasted of chhana, or paneer. Mixed the sugar in, and beat it. And oh God, the entire frosting became as liquid as olive oil. So ultimately, my first attempt at making Cream Cheese frosting resulted in a sweet paneer soup. Nope. Didn't help my confidence!

For this particular request however, I needed a fail proof Buttercream Icing. I referred to what feels like a million blogs out of foodgawker, Pinterest and what not. I found the same 1-cup-butter-4-cups-sugar in it. FOUR cups of sugar, in ONE cup of butter? I could taste the grains of sugar just reading them. I may be wrong, because hey, the only time I made frosting it resulted in a disaster. But it felt..not quite what I was wanting. So I fell back on the one and only, Joy the Baker.

And did that pay off, or what.

Light, fluffy, mildly sweet buttercream with that touch of vanilla that seems to make life smile. Not to mention stable! In Delhi's heat, if a frosting made primarily out of butter can stay stable without any preservatives or additives, I'm sold! 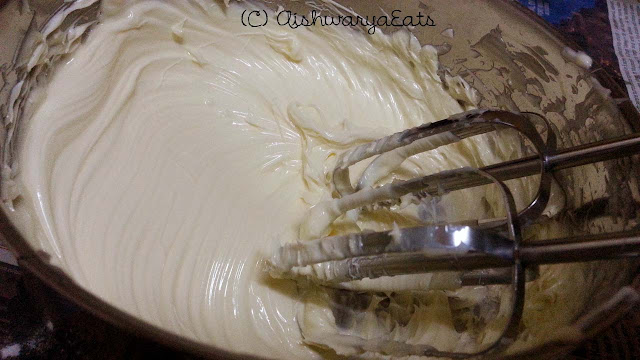 So here it is. The very basic Vanilla Buttercream:

Vanilla Buttercream from Joy the Baker
(Makes enough to fill and frost a two-tier 8-inch cake not very thickly, and enough leftover to eat with a spoon for about two days)


The Assembly
What you need: A turntable if you have it, or the largest flattest plate you own, a board base (in case you're transporting this), an offset spatula. 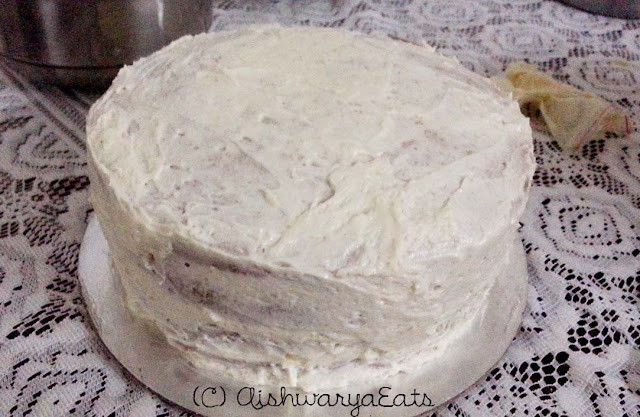 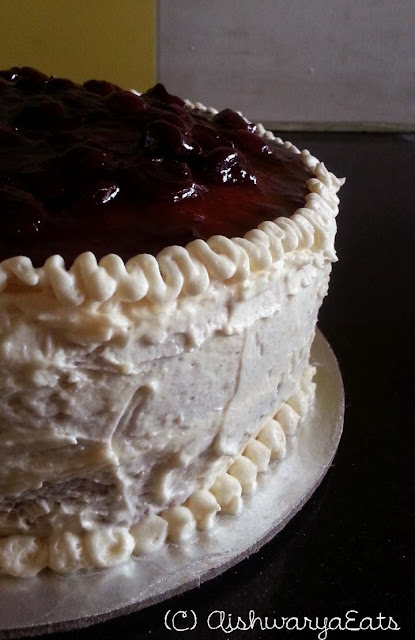 I really hope you enjoyed this three part series on my epic birthday cake making experience. Let me know if you have any issues with any part of this. Would love to help!