There's a huge problem which I have no idea how to tackle. Picture this. There are two people living in the house. Neither of them have any idea of quantity. So a pan of rice either lasts them a week, or is just about enough for one meal, if supplemented with a slice of bread each.

Do you see the problem?

Sometimes there's just SO much rice left over, that I can't make enough things to go with rice that's steadily growing staler. It is at such a point, that this recipe of mine steps in. It makes use of leftover rice, adds yummy things into it, spices it up a bit and converts it into a whole new dish that you won't even need a side for. Just pick a fork (or spoon, I won't judge) and dig in.

Presenting, my Moti Pulao. Prepared rice, spiced with onions, garlic, ginger and tomatoes, studded with crisp fried tiny marbles of fresh paneer, melting like mozzarella on the inside. Slightly heavy on the prep work, but man is it one impressive dish! 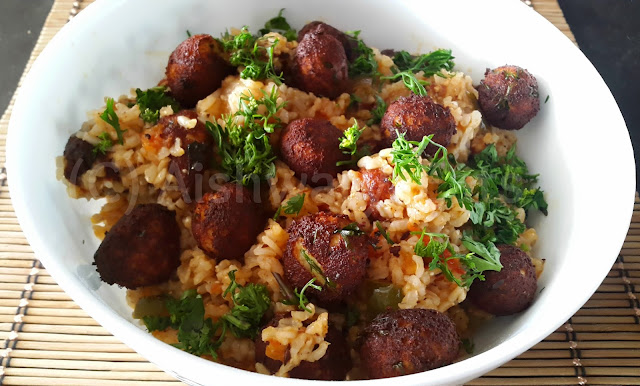 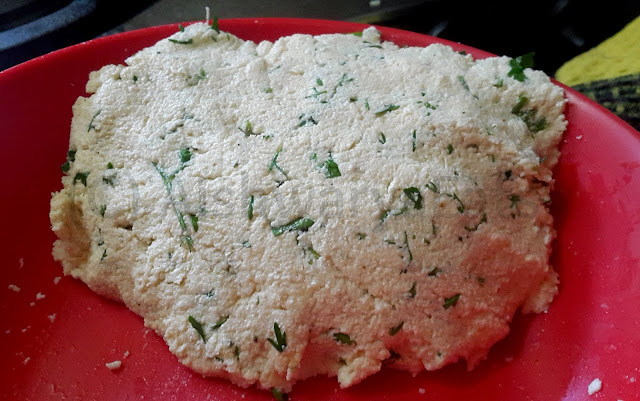 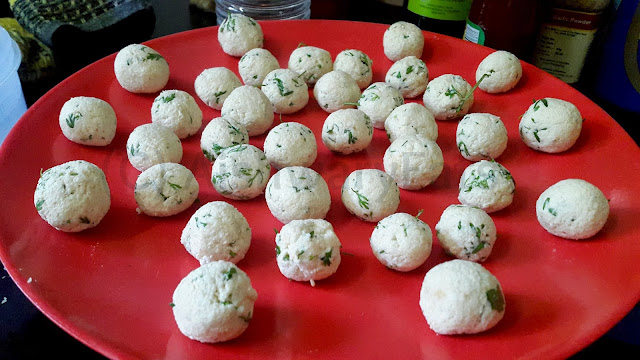 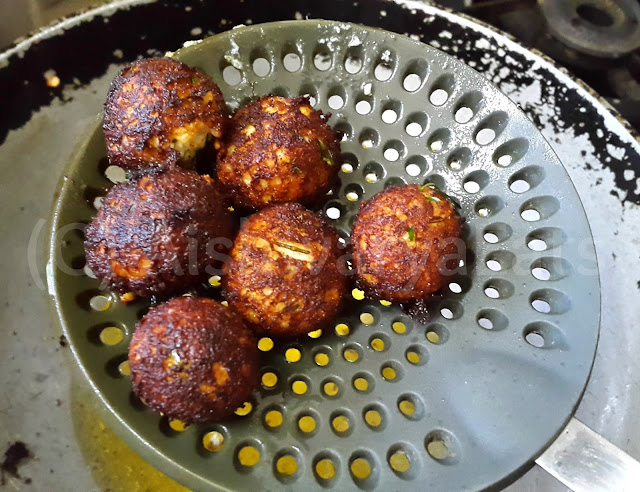 This is a stunning dish, and seriously easy, if a little time-consuming. Try it, and I'm telling you, it just won't disappoint!