When you want to eat healthy, start eating stuff that's better for me, and you get whole grain everything, vegetables, nothing with processed sugar, good proteins, convince yourself not to pick up the giant pack of Twix bars behind the counter, and pick up a bunch of fruits, including bananas, which you read somewhere is a superfruit and eating it will solve all of life's problems including but not limited to waist expansion, despite the fact that you hate its mushy guts.

Then you end up eating everything, except those damned bananas. You're sorry, nothing can make you eat a banana. Its mushy, it's got the thread thingies and the butt of a banana is something even Satan apologizes for. Its very presence in a fruit salad lowers the TQ (taste quotient) of the whole bowl. So yes, by now you figure that I kind of don't really like bananas.

But you've bought 6, eaten 2, and 4 are left, steadily getting riper and stinking up the kitchen. You need to use those up, because yuck as they may be, you'll be damned if you let good money go into the bin. So you make a Vegan Wholewheat Nutty Banana Bread out of it, because strangely, your hatred for bananas doesn't extend to a piece of warm, pillowy wedge of banana bread. Funny. 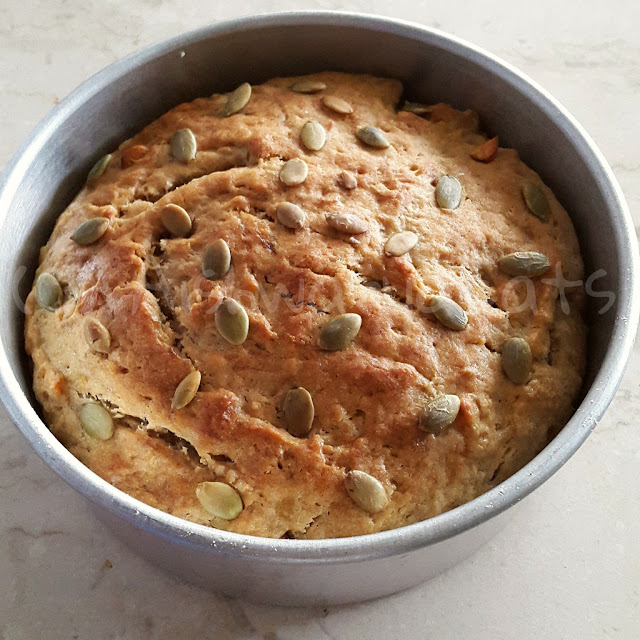 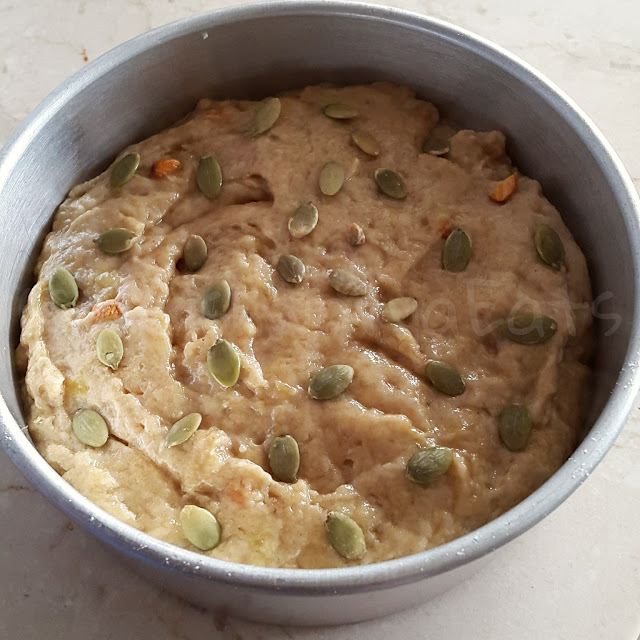 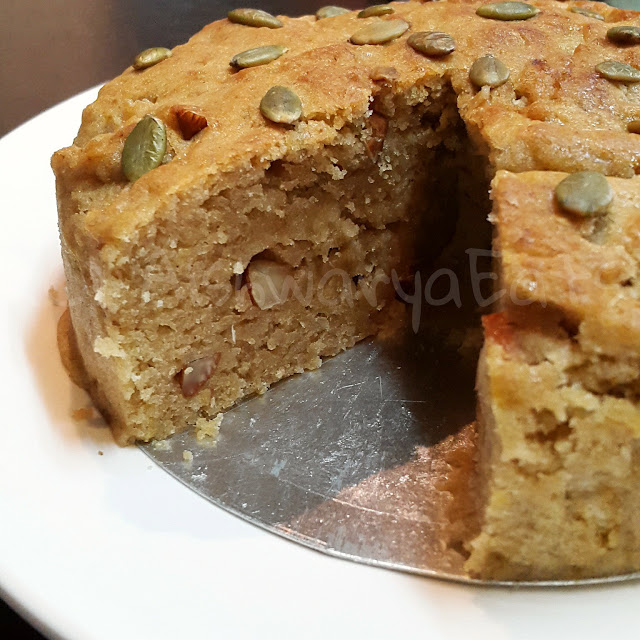 And that's it! Whenever you eat this, remember to warm it a bit, it tastes best then. Maybe put a smidge of butter or a scoop of ice cream? :D